Doug In Conversation With Gary Lippman

Doug was on Rare Bird Radio to chat with author Gary Lippman. They covered a broad range of topics from naming characters to doing research in Vegas strip clubs and their recent books. Click below to listen to the podcast.

Born and raised in New Jersey, Gary Lippman received a law degree from Northwestern University and has worked with New York’s Innocence Project. Lippman’s play Paradox Lost ran off Broadway for a month in 2001 and his writing has been published in The New York Times, The Paris Review, VICE, Fodors, and more. Having lived in Illinois, Florida, California, and France, Lippman can now be found in what used to be called “Fun City” with his imaginary French bulldog, his very real Hungarian wife, and a whenever-he’s-inclined-to-visit adult son. His novel Set the Controls for the Heart of Sharon Tate now available on The Strand, Target, Amazon, and Barnes & Noble, and wherever books are sold. Connect with him on his website, Twitter and Goodreads.

The Difference Between “Meh” and Memorable

In Life the Difference Between “Meh” and Memorable Comes Down to the Books You Have Read.

Get A Personalized Focus Lost

I numbered the first fifty Focus Lost books out of the box for sale at ByCooper.com with a personal inscription of the buyer’s choice.

Looking for a Mother’s or Father’s Day gift or want one of the first signed copies of a first edition to tuck away on your bookshelf? Or maybe you are just planning your summer reading list.

If that isn’t enough to entice you to buy, use the code FIRST50 to take an additional 25% off the cost. Just enter the code FIRST50 at checkout with your name, address, and billing information to receive the discount. ByCooper.com accepts all forms of credit card. Remember to add your requested personal inscription in the Order Notes field so I can make it just how you want it.

Wait, there’s more! Shipping is a flat rate $3 whether you buy one, two, or five books. Don’t make it hard on yourself to decide if you will keep it or to whom you’ll give this special gift. Buy one for yourself and for all the special people in your life.

You can also add my other books, The Investment Club or Outside In, to the order with no additional shipping cost. $3 shipping cost will cover the entire shipment! I even have some of the first edition hardcovers of Outside In in stock included in this special offer. 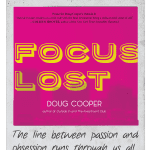 Today is release day for Focus Lost! It’s officially available wherever books are sold from Rare Bird Books and distributed worldwide by PGW.

The line between passion and obsession runs through us all.

Eva Florez knew he would the moment she saw him.

Gabe Adams didn’t want anything to do with celebrities.

But after Gabe’s sister sells his photos of Levi with a young starlet to a tabloid website, their lives become intertwined forever, bound by rage and retribution. Blending the nuance and insight of literary fiction with the big-screen magic of a Hollywood thriller, Focus Lost whisks readers into a world of temptation, indulgence, and revenge, daring them to take a bite of the forbidden fruit.

Check out the following video for a taste of what to expect from this literary thriller.

For a deeper look at characters, plot, setting, themes, and style, check out the ByCooper Blog. We’ll post reviews as they come in, like this one from author James Cudney, a damn fine writer in his own right. 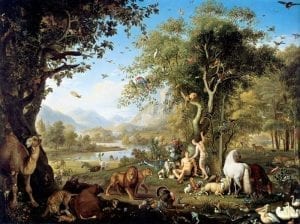 Doug on Between the Lines Previewing the Sandusky Book Fair

Doug stopped by Market Street Studios this week and joined Sandusky Register editor, Matt Westerhold, the Sandusky Library’s director of operations, Terri Estel, and another local author, Kelleys Island historian Leslie Korenko to appear on “Between the Lines” Wednesday to promote the library’s Book Fair on Saturday from 10:30a to 3p.

Doug In Conversation With Heidi Barnes

Doug was on Rare Bird Radio to chat with author Heidi Barnes. They covered a broad range of topics from writing to travel to their past and recent books. Click below to listen to the podcast.

Heidi Barnes has lived in Singapore, Australia, Dubai, England, Switzerland, New York, Maine, Vermont, Texas, Washington D.C., and New Zealand. She lives and writes in Vancouver, British Columbia but is planning on moving to Los Angeles soon. The Bellman was her first novel. She is continuing the story with The Bellman’s Secret, now available on Indiebound, Target, Amazon, and Barnes & Noble, and wherever books are sold. Connect with her on her website, Facebook and Goodreads.

Doug in LA at The Last Bookstore on June 11

Win Signed Copies Of All 3 Books 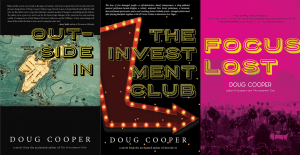 Win Signed Copies of All 3 Novels by Doug Cooper

Complete the actions on the contest page to win, not 1, not 2, but all 3 books signed by Doug. The more actions you complete, the greater your chances are to win. Enter as often as you want.

To avoid scammers and spammers, we require a valid email address to enter. After clicking Submit, you’ll receive a code in your inbox to enter for verification. Without your name and email, we have no way of notifying you when you are the big winner. Good Luck!