A Deeper Look At Outside In…Literary References 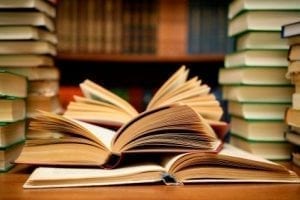 This is another installment in my “A Deeper Look” series peeling back the layers of Outside In to better understand the meaning of various aspects and characteristics of the novel. Warning! This article contains spoilers of events in the novel.

Although on the surface, Outside In may appear to be simply a hedonistic pursuit of the endless summer, as the title suggests, one must look past the appearance to get to the true meaning at the core. Just as the characters wear masks and put themselves in situations to be the people they think they should be rather than letting go and allowing the person they really are to emerge from the inside, many of the events and actions have a  deeper meaning through their connection to other literary works.

Following are some of the literary references in Outside In:

1) A Scarlet Letter by Nathaniel Hawthorne: Both Scarlet and Outside In deal with sin, legalism, and guilt as major themes and the main characters are motivated to create a new life devoid of the shame of past experiences. One direct reference is in Chapter 11 when Brad, Cinch, Stein, Griffin and Birch are at Heineman’s Winery in the back courtyard playing the Name Game. After a trip to the restroom to balance their escalating alcohol buzz, the suggestion is made to join the others in the front bar. Griffin says, “You go ahead. I’m way too amped to be around those folks. I might as well tattoo a big red C on the end of my nose.” This is referencing the scarlet “A” Hester Prynne is forced to wear on her dress after being found guilty of adultery in Hawthorne’s 1850 work of romantic fiction. Just as Hester was cast out to live with the shame and guilt of her sin, Griffin fears he would be discovered and face consequences for his indulgence.

2) The Tell-Tale Heart and The Raven by Edgar Allan Poe: From the rhythmic passages to the supernatural atmosphere and frequent descent of the lead character into monomania and paranoia similar to Poe’s narrators, Outside In is loaded with references to The Tell Tale Heart and The Raven. During his drug-induced delusions and hallucinations, Brad suffers from the same “over-acuteness of the senses” that Poe’s narrator does in Tell Tale Heart. The opening and closing of doors to investigate and block out painful feelings is another connection between Outside In and Poe’s works. The smile Cinch hides behind when confronted by the police on the way back from the monument after being up all night and the one Brad casts into the night at the invisible surveilance team once he realizes there is nothing in the apartment to incriminate him allude to the narrator’s smile when the police come to search the place in Tell Tale Heart. One of the most glaring similarities is at the end of Outside In as grief-stricken Brad laments the loss of Cinch, the faint tapping and consistent gentle rapping from Cinch’s room that awakes Brad pays homage to the similar sounds in The Raven: “While I nodded, nearly napping, suddenly there came a tapping, As of someone gently rapping, rapping at my chamber door.”

3) Portrait of an Artist as a Young Man by James Joyce: Similar to Joyce in Portrait, Outside In contains certain autobiographical facts from my life. By using factual details in Outside In, I am paying tribute to Portrait as Joyce did the same in his creation of Stephen Dedalus, his fictional alter ego, and also having fun with the tendency of first novels to be autobiographical, leaving it up to the reader decide what actually happened and what is fabricated for the story. Both stories incorporate the pursuit of sensual pleasures to initiate the awakening of the protagonist after a self-imposed exile and extensively use free indirect speech. Brad’s first visit to the top of Perry’s Monument is a direct reference to the classic Daedalus myth for which Joyce names his protagonist. At the top of the monument, Brad feels imprisoned by his family, the events of his past, and his culture in general. He contemplates how easy it would be to jump from the deck: “At the edge of the observation deck, only a four-foot concrete wall separates me from an attempt at flight. In just one motion I could be over the side. It would be so easy—too easy. I have to step back.” This alludes to how Daedalus, the father of Icarus, was imprisoned in a tower to prevent the knowledge of the labyrinth from spreading, and he created a set of wings for him and Icarus to escape. Also paying homage to Portrait are the boat ramp and cliff diving scenes in Outside In. Just as the leap from the rocks into the water in Portrait represented a rite of passage to freedom and independence so does it in Outside In. As the characters emerge from the water and Brad muses, “The moonlight reflects off the water on their skin, radiating a soft glow.”, this is a reference to how Dedalus remembers how they “gleamed with cold wet lustre” and “their bodies were heavy with cold seawater”.

These are just a few of the references to other classic works in Outside In. Others exist from William Blake to René Descartes and many more. Comment via Facebook, Twitter, or Goodreads to offer your suggestions.