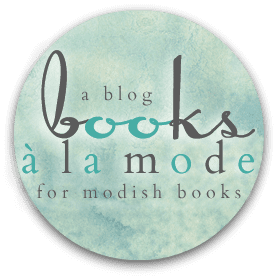 Ever wonder from where writers get their ideas or how they research for their books? Check out the guest blog Cooper wrote on Books à la Mode about the types of research he uses in crafting a novel.

Books à la Mode is a book, beauty & fashion blog that brings you everything stylish, from the hottest books, to the latest makeup and clothing trends. It is a haven for books with a vogue flush—a blog for modish books and all else chic. To stay up on the latest and greatest cultural obsessions, follow them on Twitter, Goodreads, or Bloglovin’.

A Deeper Look at Outside In…Style

This is another installment in my “A Deeper Look” series peeling back the layers of Outside In to better understand the meaning of the setting, themes, characters, plot, and style.Outside In is literary fiction in the emerging category of new adult focusing on characters in their twenties to thirties confronting issues with identity, career and relationships. It is a bildungsroman (novel of becoming), also know as coming of age story, but focuses on the moral and psychological growth of the protagonist ten years later in life than the traditional works in the bildungsroman genre.

Delaying the coming of age suggests becoming is not restricted to a specific time period and also to thrust more complex issues upon the main character than would be possible at an earlier period in life. Individuals mature at different rates and continue to become throughout their lives based on a multitude of factors, such as family background, emotional and mental capabilities, situations experienced, and cultural surroundings.

As was mentioned in the deeper look at themes, twenty-somethings are spending extended periods in higher education and living at home with parents for longer periods of time than previous generations due to the abundance of choices and the lack of maturity to make the increasingly complex choices required to transition from adolescence to adulthood.

Outside In is told in first person present tense similar to the popular Hunger Games and 50 Shades trilogies. This allows readers to embark on the protagonist’s journey through his or her thoughts, perceptions, and encounters as they happen. Although the first person limits the perspective to only one character’s view, it creates a much more visceral experience and allows readers to live vicariously through the protagonist feeling the experiences at a much deeper level.

Often on-the-nose, the dialogue is another distinctive style characteristic, meant to represent another shield the characters use to protect themselves. They talk about passion and living life to the fullest rather than doing anything except escaping to whatever vice is available. This also connects with the main theme of the story about how people live from the outside-in, wearing masks and veils and putting themselves in an environment to create the image of who they think they should be instead of trusting who they are and allowing their true selves to emerge.

Although there are serious messages and topics like addiction and self-medication in Outside In, it is intended also to be humorous and satirical, leaving the reader to discern the meaning. One person’s hackneyed phrase is another’s kernel of wisdom. Nothing should be taken at face value. The descriptions, characters, actions, and dialogue are meant to function as a mirror of modern culture and emphasize knowing what to do often results from learning what not to do.