A Deeper Look at Outside In…Themes 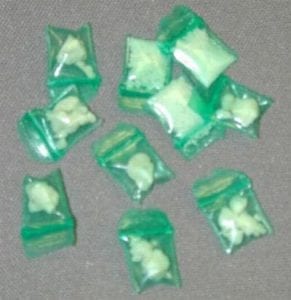 In creating Outside In I envisioned a cross between The Catcher in the Rye and Fear and Loathing in Las Vegas. Whereas Catcher is about how to enter adulthood without losing oneself and Fear and Loathing deals with finding the American Dream by destroying and abusing the symbols of American consumerism, Outside In proposes identity can’t be found or fabricated but emerges from within when one has the courage to let go.

This letting go for many of the characters in Outside In translates to a hedonistic pursuit involving alcohol, sex, and drugs, the vices so readily available to a person who wants to forget. These vices symbolize the modern trials people face in their journeys of becoming. What starts as recreational experimentation and the exploration of new experiences transform to obsession and complete loss of self. This descent into excess and instant gratification is meant to raise awareness of current societal issues with addiction and self-medication and pose the question, At what point do the tools we use in our journey become the focus of our search?

Watching the characters react with immaturity and irresponsibility to deal with their lives is often frustrating and uncomfortable in the story. This is intentional and meant to represent what psychologist Erik Erikson referred to as a “Quarter Life Crisis”. Erikson theorized when events transpire to thwart the development of intense, intimate relationships for those in their twenties and early thirties, an identity crisis ensues triggering doubt of the life decisions made and the steps to take going forward, inducing feelings of betrayal, isolation, and loneliness. Related to the Quarter-Life Crisis, the characters’ actions are also meant to draw attention to the delayed rites of passage so prevalent in modern culture. With the abundance of choices, twenty-somethings are spending extended periods in higher education and living at home with parents for longer periods of time than previous generations. This uncertainty and fear to move forward into adulthood can create a paralysis in which a person is more likely to go backward than forward.

The connection to the title in Outside In is how the characters hide behind masks and veils and put themselves in environments to create the image of who they think they should be. They believe to become, they must change their outside worlds to allow their true selves to come out instead of strengthening their inner selves so that they emerge confidently and are no longer guarded and hidden. Evidenced in not only action but also in speech, the dialogue is often intentionally on-the-nose and represents another shield the characters use to protect themselves. They talk about passion and living life to the fullest but rarely do anything except escape to whatever vice is available. Outside In is rich in symbolism and meaning. Even the character names, from the main characters to the ones with supporting roles, have been chosen to say something about that person and also have a common theme connecting them all. But I won’t reveal all the secrets here. Just as one has to unwrap a present to appreciate the contents, peel back the layers and see beyond the party in Outside In.